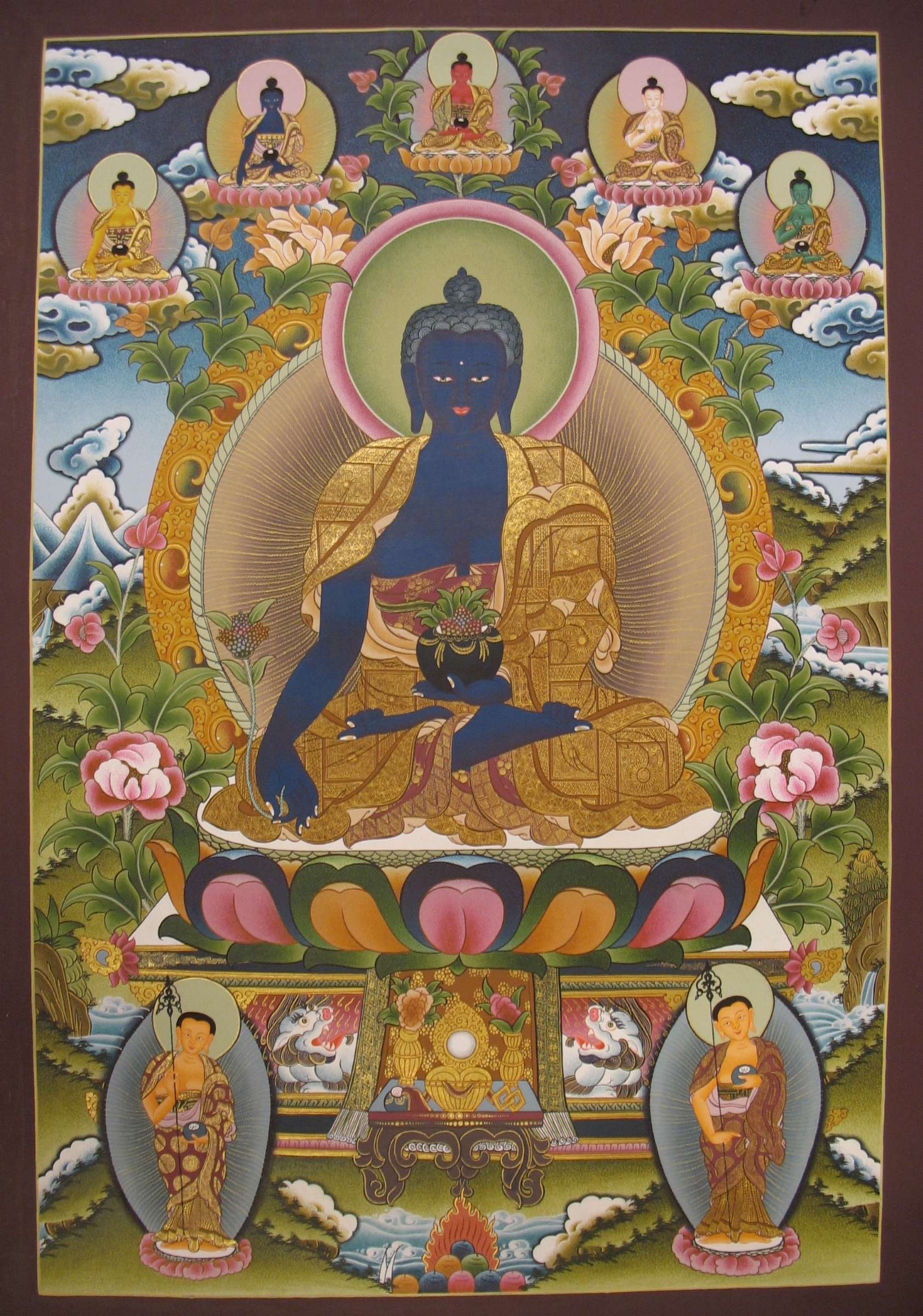 Medicine Buddha with Pancha Buddha thangka is hand-painted on a handmade cotton canvas. Bhaisajyaguru is known as Medicine Buddha.

Medicine Buddha with Pancha Buddha thangka is hand-painted on a handmade cotton canvas. Bhaisajyaguru is known as Medicine Buddha. He is also called the healing Buddha.

He is said to dispense spiritual medicine when properly worshiped. It is even believed that an efficacious cure may be accomplished by merely touching the image.