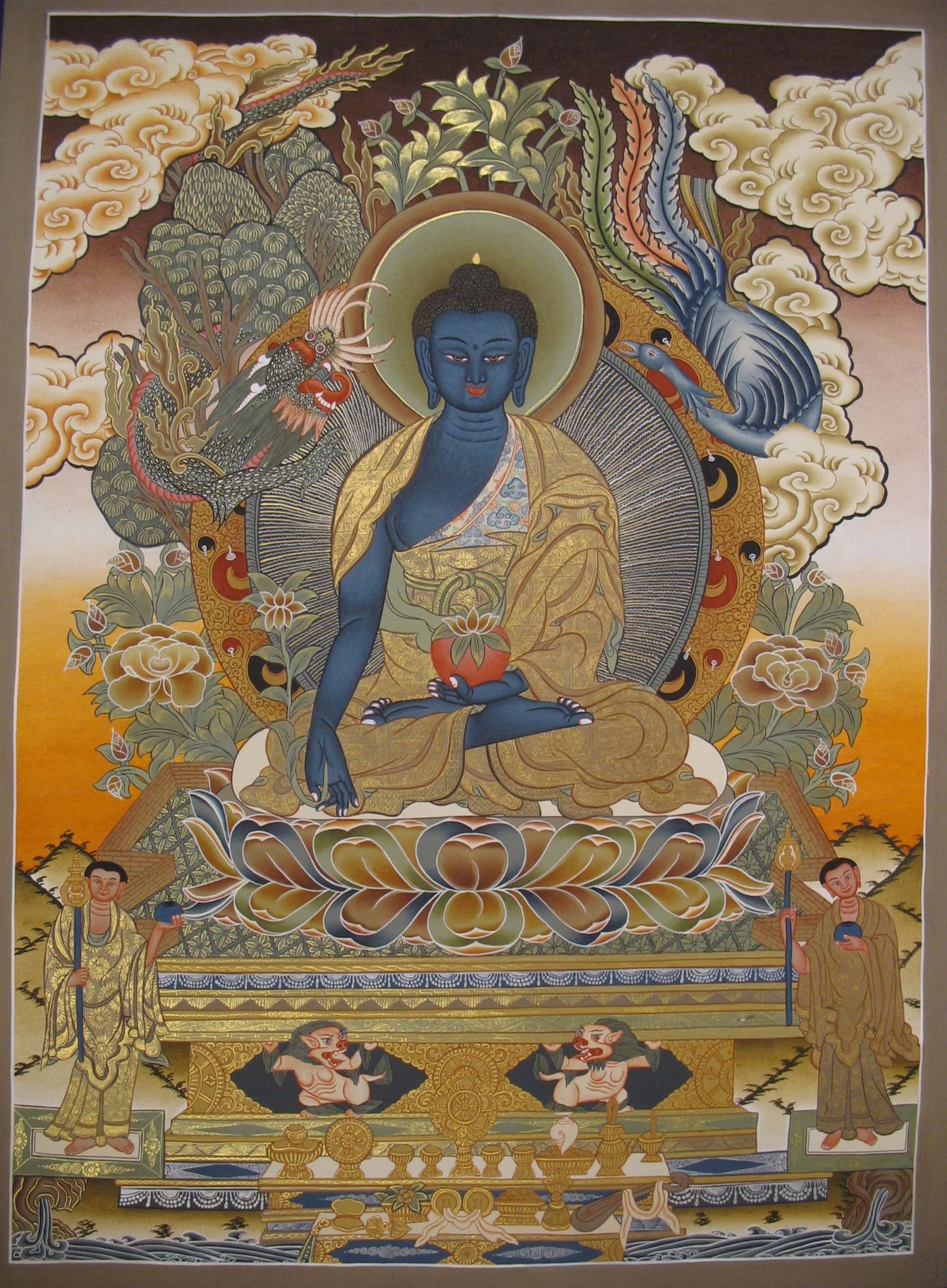 Medicine Buddha with two standing God is hand-painted on a handmade cotton canvas. Bhaisajyaguru is known as Medicine Buddha. He is also called the healing Buddha.